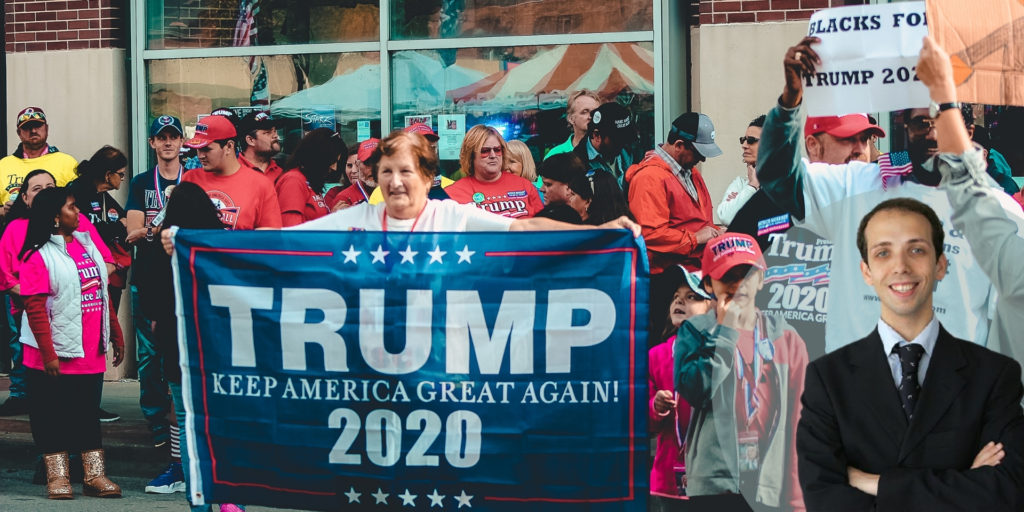 The last debate of the ongoing USA presidential campaign showed to the whole world that America is very alive, in great shape – and still the most perfect (or the least imperfect) model of republican democracy. Democracy is not just about the division of power among different public power branches and entities – rather, it is fundamentally about a strong and vibrant civil society who is always ready to stand up for the core beliefs and to speak out without fear. Regardless the social pressure against Trump’s supporters, the mainstream media’s hate speech against the sitting USA president and the new social media’s attacks against everybody who rejects the “anti-President Trump” doctrine madness, in a clear violation of the First Amendment (which enshrines individual free speech), American people are demonstrating their bravery standing against all this that threatens their individual freedom – which proves that the United States continues to be (and, for some, are more than ever) a fascinating society and a unique nation.

The civilized debate, with a very interesting exchange of ideas between two candidates who represent a clash of two opposing views of America’s present and future, is eloquent evidence of American vitality – and that America, otherwise what has been said, is not facing its most dramatic period and it is not inevitably a fractured country. Democracy is a war between opposing views of society by pacific means – heated discussions are not a bad thing; actually, they can be very productive and a positive sign. Fascist, communist, nazis or any totalitarian regime do not have any heated discussion – it is a peculiarity of democracies. If everyone agrees on something, if the majority of views (especially non-socialist or communist ideas) are off-limits, then democracy is no longer needed – as a matter fact, in substance, democracy would be nothing more than fascism or communism with a nicer word. President Trump showed that he is a polyvalent man who is more than ready to rise up to any occasion: Trump knows how to be a disrupter as proficiently as he knows how to be very presidential, as the US President was in his last campaign debate.

Joe Biden showed that he can have a political discussion without keeping bashing and insulting President Trump all the time. This is a relevant note that should cheer up every American citizen. And the moderator – NBC’s anchor, Kristen Welker – was impartial, balanced and helped the high quality of this second presidential debate. 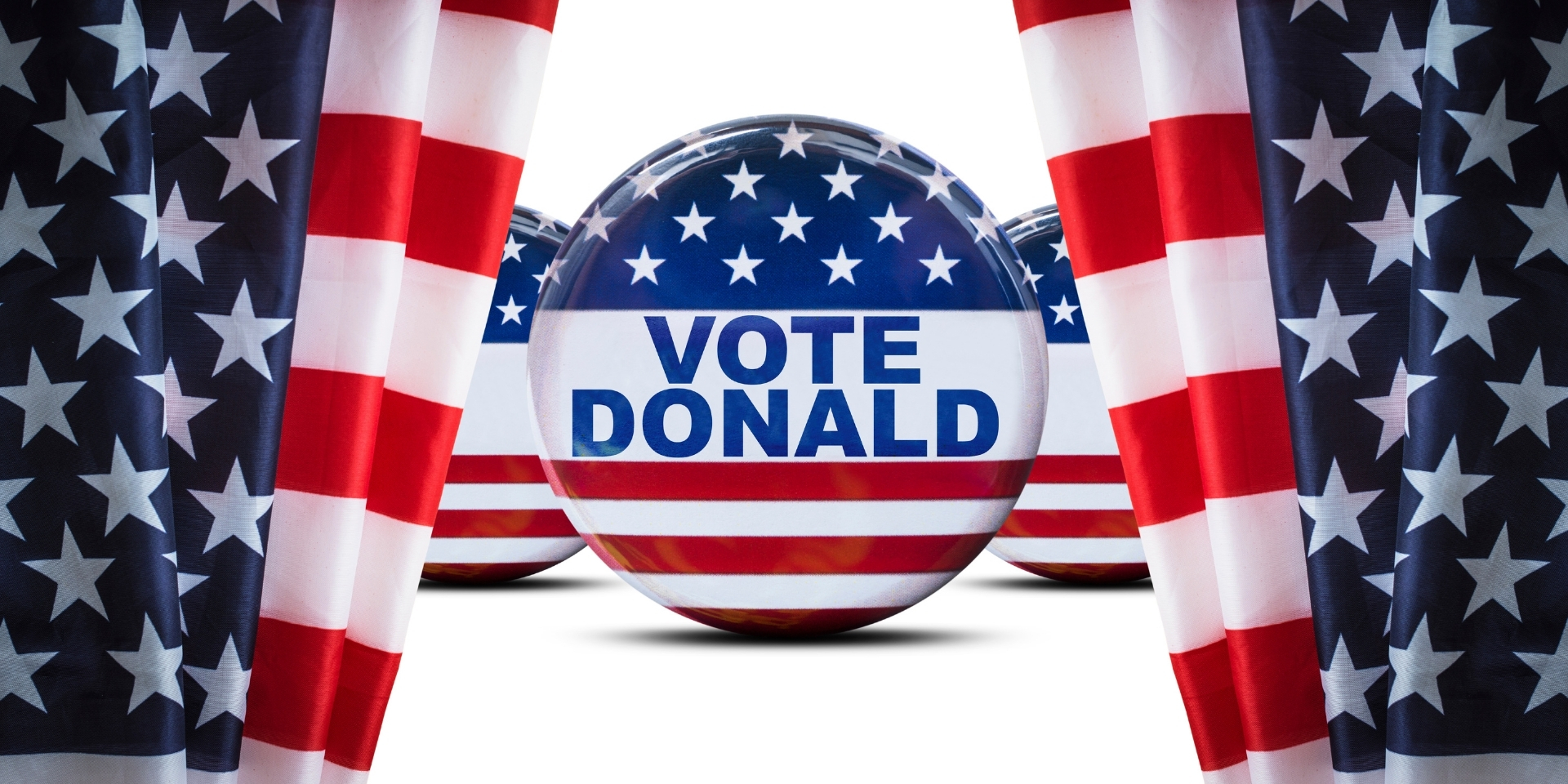 Having said this, from my perspective, President Trump won the last debate by a comfortable margin. The reasons are fourfold:

1. President Trump,  from an overall perspective, adopted a better strategic approach than Joe Biden. Note that President Trump, int he first debate, used a tougher tone, a more energetic posture (deemed as chaotic by some) in order to play offence, not defence, against the challenging candidate Joe Biden. It is important to remember that then-President Obama, in 2012, in his first presidential campaign debate against the GOP challenging candidate, Mitt Romney, decided to follow a defence strategy, trying to sound more like President than the candidate. This strategy did not work quite well: Obama was accused of being weak and too tired. The polls reflected this impression: Obama’s numbers dropped in the subsequent polls. In the second debate, Obama attacked more, dominated the second debate and ultimately won the reelection. Therefore, President Trump’s strategy was to avoid this effect: In the first debate, Trump’s intention was to break Biden’s momentum – and he did manage to do so. Differently, in the second debate, President Trump’s intention was a little bit different: the US President wanted to show that besides his energetic and unfiltered rallies-tone, he is capable to be presidential as well. Trump played offence – without being offensive. In the second debate, President Trump was more focused, self-controlled, which allowed him to show to the American people that his project to America is much bolder, ambitious and articulated than Joe Biden’s;

2. The relevance of this kind of debates in today’s politics is not so absolute as it used to be in the (recent) past. Currently, it is more important not to lose the debate, much more so than actually winning the debate. I explain: the debate strategy should be directed at not losing voters, and not necessarily at winning voters – that is because the anxiety for new voters may potentially lead to mistakes and backfired strategies. In modern politics, there are a lot of mechanism and campaign tools to energize the base and enlarge it besides – or even in spite of – the debates. So, President Trump was far more effective in consolidating his electoral base, not losing voters, than Joe Biden. Note that Joe Biden is constantly in a limbo between his need to adopt a moderate speech, to be on the centre of the political spectrum – and his imperative to not alienate Democrat Party’s far-left activists. Well, Joe Biden did not accomplish this quite well: firstly, he did not quite appeal to the moderates, because Biden is too afraid to lose the far-left, which led him to say poorly thought things, like his attacks on energy industry vital to battleground states like Ohio or Pennsylvania; and he did not quite fix the far-left activists of the Democrat Party, since Joe Biden lacks enthusiasm, stamina and he cannot explicitly endorse their radical programs. In conclusion: President Trump consolidated his base and expand it to some undecided moderate voters (the so-called “centrists”), whereas Joe Biden lost more voters after the debate than the ones persuaded for his cause;

3. President Trump realized very well the major weaknesses of Joe Biden – and explored them efficiently. Joe Biden represents what America rejected four years ago – and what America is not ready to embrace for the next four years. The do-nothing politicians, the politicians who keep embracing the political correctness, following what is trendy instead of what is really worth. It is curious to observe that Joe Biden rarely displays the American flag in his campaign events – when he addresses the American people, It is very uncommon to see any American flag behind him. Therefore, President Trump had the moment of the last debate – when the President asked Joe Biden who built the cages to hold illegal immigrants in custody around US Southern Border. It is a simple question with a powerful political message and the capacity to summarize the Democrat’s hypocrisy regarding immigration policy (see our conversation with Professor Matt Pinsker, one of the leading experts in immigration policies and US criminal justice, in INISEG CAST);

4. The last debate proved that the Democrats are running a single-theme campaign: for the Democrats, it is all about the virus. It is all about blaming President Trump for the virus. They are just showing they are clueless about how the American people are – Americans are a brave people who understand that the war against the virus will soon be won and it will be necessary to recover the economy and to recalibrate America’s position in the world in order to America keep leading the free world. And who is better to lead America in these challenging times that the person (Donald J. Trump) who set new records in economic indicators and was one hundred per cent right in predicting the American foreign policy’s priorities years ago?.

All things considered, President Trump won the debates – and will win the re-election next November, 3rd.

About the author of the article

Born in Gafanha da Nazaré, he has a degree and Master’s degree in Law from the Faculty of Law of the University of Lisbon. He was a collaborator of Jornal Expresso with space for political comments called Politicosfera. He came to television with a section in the SIC Radical program Short-Circuit, with his last program with the presence of Marcelo Rebelo de Sousa. He has participated in other television programs where he comments on issues related to Law and Politics. 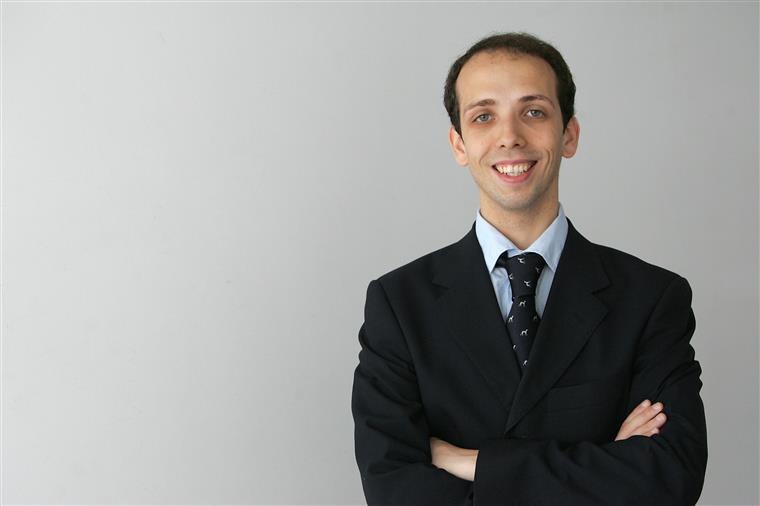 This official Master’s Degree in Political Leadership is a high quality and demanding academic program that will analyze the various subjects related to Political Science. This program will help the student to understand and master the competencies they need to grow as a leader and to be successful in leadership in their organization.

The University Master’s Degree in Political Leadership and Crisis Management stands out for its innovative nature, since it integrates with a single study program the main areas of leadership in various public settings, nationally and internationally.

It responds to the existing demand in every democratic and pluralistic society to improve or complete the specific training of all those people who assume responsibilities in the field of politics, perform tasks related to the public sphere, or are dedicated to its analysis from the media. communication.

More information on our page https://www.iniseg.es/terrorismo/masteres-ofionales/master-universitario-en-liderazgo-politico-y-gestion-de-crisis.html